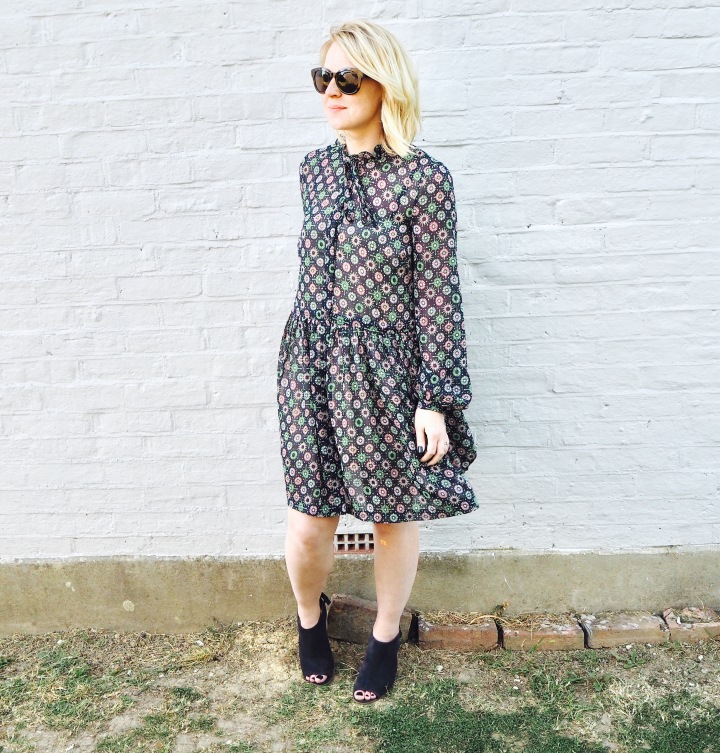 I love charity shops. As someone who’s always on the lookout for a bargain, there’s nothing more satisfying than finding a real gem at the fraction of its original price. And, I see giving clothes a new home a bit like adopting a kitten, without the problem of your curtains getting ruined…

Some of the best charity shops I’ve come across are in Tenterden, (lots of barely worn clothes with good labels), and I picked this dress up from the British Heart Foundation. It’s a  vintage-inspired French Connection Medina Tile dress which set me back the grand total of £8.99, but having done a bit of research when I got home, it turns out that its RRP was £80. Even better, it’s still available and full price on some websites. 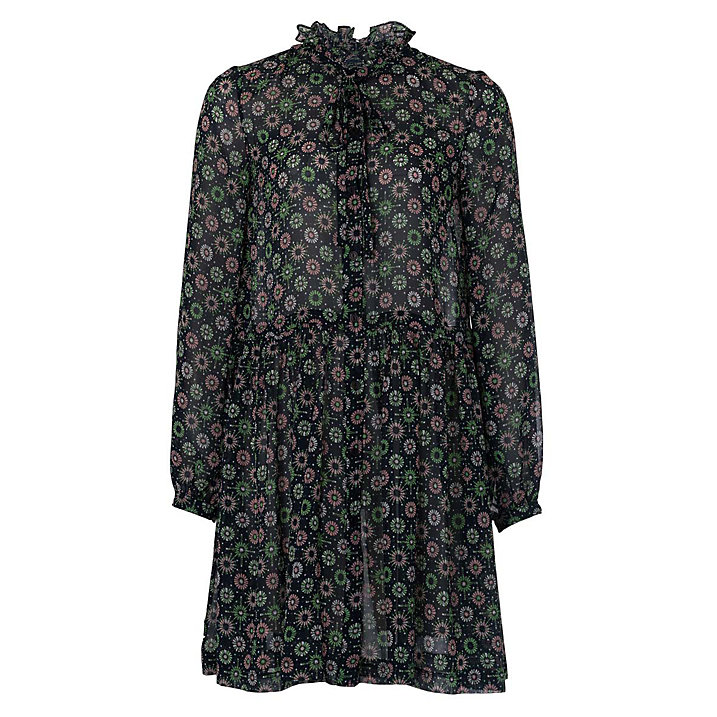 I think it originally had a navy cami dress underneath to preserve modesty…but mine didn’t. As it’s very sheer I’ve been wearing a slip underneath so as not to offend my work colleagues and the general public (nobody wants a flash of my M&S multipack pants after all). The other day a friend said to me: “this skirt I have could really do with a slip, but who owns one, other than my mother?”

Admittedly my slip was actually “borrowed” from my own mum a few years ago and I’m pretty sure it’s old enough to still boast a St. Michael’s label. Still, vintage is vintage, right?! (Ps, sorry mum for the thieving, but you were right, owning a slip is really handy.)

Sometimes I get sucked in by the price, or the fact that something from a charity shop is more ‘unique’ than just walking straight into Topshop and buying the latest trend, and the item ends up unworn in the back of my wardrobe. But, other than to pose for this fetching picture (plaster on my knee and all), I’ve already worn it a handful of times – to work, out for dinner…it’s very versatile (as long as you keep that slip in place…) 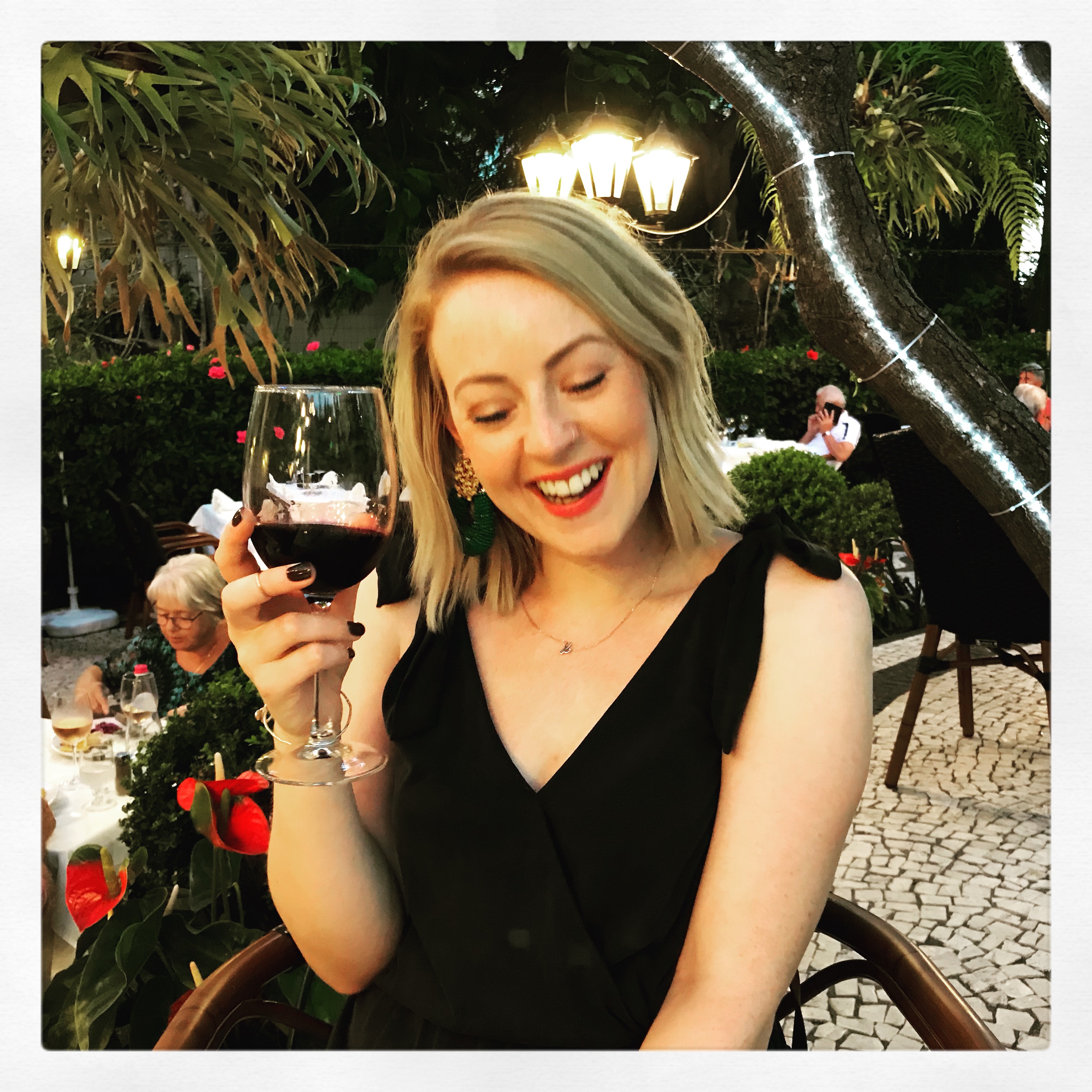