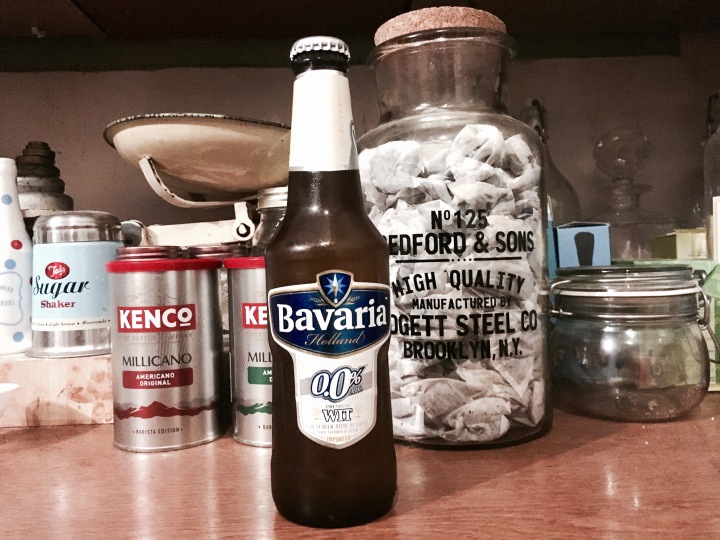 If you’ve embarked on going sober for October, then I salute you. Not drinking is HARD, as I found out when I decided to cut out alcohol for a month back in the summer.

I wouldn’t say I’m a big drinker, in that, usually I tend not to drink during the week (ish), and I rarely go ‘out out’, so when I do drink it’s a few glasses of wine at home, rather than Sambuca shots at 3am.

It’s become a bit of a joke that wine is my ‘hobby’, and although I shouldn’t care, I am conscious that people say “oh Charlie, she likes a drink”. And, while liking a drink isn’t a bad thing, I’d rather have a reputation for being good at something other than polishing off a bottle of Prosecco.

So, I set myself the challenge of going a month without alcohol, in the hopes that I’d be a changed person who would going forward always choose water over wine. No more mind blanks, hangovers or embarrassing stories, right…? Here’s what I learned…

Because I live miles away from where I work and from most of my friends, usually if I socialise or go for after work drinks, I’ll only have one as I’m driving. So, I really didn’t think it would be a problem swapping Sauvignon for Seven Up, but watching other people drinking when I couldn’t was actually surprisingly difficult. Being the summer, there were so many events like barbecues and birthdays where I tried my best to pretend I didn’t care that I couldn’t partake in a Pimm’s, but I definitely felt left out.

When it came to some social situations, I actually found myself making excuses not to see certain friends until after the month was up, and at least three friends who are usually my partners in wine asked me if I was pregnant when we met up and I chose not to drink.

I thought I’d save money by not drinking; not so. Instead, I spent a small fortune on alcohol free versions, only to discover they were all fairly disgusting. I wouldn’t wish alcohol free wine on anybody, it’s like drinking liquidised candy floss. I even paid £6 a bottle for one, thinking it would surely be promising. It wasn’t – it tasted like watery jam. The beers weren’t as bad though, and I actually quite enjoyed the Bavaria 0%, which was hoppy and light but still tasted like beer.

3. I didn’t lose any weight

I kind of had visions of being a stone lighter once I’d quit the booze, but actually I didn’t lose any weight at all. Partly I suppose because I usually only drink a couple of days a week cutting alcohol out wasn’t as dramatic for my body as it could have been. But, I also found I ate more to compensate for not drinking, so really I should be thankful I didn’t put on weight either…

4. But I did feel healthier

After about a week of not drinking, my skin got really awful and I had spot breakouts, which I assume was the toxins escaping. However, about two weeks in my skin cleared up and I looked and felt a lot better – I wasn’t as tired and had more energy too. My water intake increased too because I’d just have a herbal tea or water in the evenings instead of a glass of wine.

5. I didn’t miss drinking as much as I thought

I’m not going to lie, I found the whole experience hard, but about halfway through I didn’t struggle as much with not being able to have alcohol. I actually ended up not drinking for 38 days in the end, because just before I was ready to re-enter the world of wine, I went down with sinusitis and got put on medication I couldn’t drink on. Typical.

When I actually could drink again I almost found it a struggle to start again. Almost…

It’s now been three months since my challenge, and while I’d like to say my habits have changed or that I’m now teetotal, sadly that’s not the case. And, while you may be impressed that I’m writing this on a Saturday night with a peppermint tea in hand, the reality is that I went out last night and had a few too many cocktails…