So, a little over a year ago I thought it would be a great idea to make a 30 before 30 list. 30 challenges for myself to complete before I hit the big 3-0. If there’s one thing I love, it’s a to-do list. Sometimes, when I finish something that wasn’t on my list, I go back and add it. Yep, I’m that extra.

What I didn’t really account for was the time constraints. I set myself this task on my 29th birthday. 365 days seemed like a lot of days to GET SHIT DONE. But it turns out that life has other ideas and perhaps writing a novel in my “spare time” wasn’t as easy as I thought it would be…

What I probably also should’ve recognised is I’m a procrastinator and cut it fine when it comes to deadlines. But, when I looked at this list the week before my 30th in the hopes of ticking a few things off, I decided I’d probably passed the cut-off for becoming fluent in Japanese, so I went back to drinking wine and scrolling through Instagram, as per.

Also, I know everyone is busy and blah blah, but I genuinely did have a very busy year. I had a bit of a mental wobble, I left my job, I started a new job, I had my hair cut shorter which meant more blow-drying time…all in all, very busy.

Anyway, for those of you dying for an update – here’s effectively a list of things I didn’t do before I turned 30. But also, some things I did instead.

I’d kind of already started on my path to gindom when I decided to create this list, but my love has only increased, mostly because I now work for a spirits company and have to drink gin for my actual job. Oh life. Also, I now drink whisky, so if anything I’ve actually overachieved on this task.

2. Finally understand what verbs, adjectives and adverbs are ✘

4. Learn more about my family history ✔

Bit of a cheat on this one, but after finding some letters in the shed written by Jamie’s grandad to his grandma during the war, we’ve been writing them up and compiling them into some sort of legible document. So I’ve been learning about family history, just maybe not the family I was initially intending to learn about.

Do you know what, it’s just not for me. I’ve tried it and I don’t like it. I feel the same about mushrooms. BUT, what I did learn to do this year was yoga and paddle boarding (not together, although apparently that’s a thing.) And I learned how much I waste on paying for a gym membership I never use…

I mean…I have a savings account which I haven’t dipped into quite as much as last year, so I guess that’s something. But I don’t think I’ve really saved enough to treat myself to anything other than a slightly nicer bottle of wine.

7. Grow something in the garden ✔

YES! I planted some flowers and they grew and didn’t die! The fact that it’s one tiny flowerbed in more than an acre of garden is neither here nor there. Here’s a pic of the newly planted roses…(now they’re massive and there’s a lot more weeds too.)

Mostly, I avoided wearing things with buttons for the last year, and will continue to do so for the forseeable.

Hahaha! It’ll probably come as no surprise that I have not written a novel. I had some ideas, which have mostly stayed in my head. And this blog post is pretty long, a novella perhaps?

10. Get better at photography ✔

Ish..I’m still no pro, but I have at least learned that taking my ridiculously cumbersome phone case off before taking photos means I don’t get the shadow of pom poms and tassels in every shot.

After an incident in Munich last year whereby I tried to hold a conversation in German (despite knowing no German), I decided that would be my language of choice for this task. I downloaded an app and spent two weeks learning, and then swiftly gave up and didn’t go to Germany this year.

I wouldn’t say I’m 100% there with this one, but over the past year I’ve been trying to be less of a yes man (woman/person) and when I really feel strongly about something I’ve been pushing back. I also think a year ago I was determined to become a different person, but over the past 12 months I’ve come to realise that certain personality traits are just ingrained in me, so now I’m trying to work with these things rather than fight against them.

I’ve now seen Jurassic Park, The Breakfast Club, The Great Escape and When Harry Met Sally. Any from this century I should know about?

Kind of yes and no on this one…I went on a press trip before I left my last job which was technically on my own (with a handful of other journos thrown in), and I’ve been on a couple of days out on my own, but I didn’t quite achieve the solo week on the beach I envisaged. That said, I managed to go on some very fun trips with other people this year, and in a way that’s better because you can order a bottle of wine and share it with someone. (Not that I want to share, I just don’t want to be judged.)

I started going to yoga regularly this year, and to be honest although I got stronger I didn’t really get any more flexible. But, one time I did actually manage to touch my toes. Nobody was there to witness it and I’m not sure I could do it again, but DONE.

Still keen on this idea, still don’t have a bike.

17. Learn how to do my hair and makeup ✘

It turns out I’m pretty impatient, and what can’t be done in 5 minutes will not be getting done. You’ll be pleased to know that I have upped my skincare regime though because apparently that’s an important thing when you hit your 30s. Cleanse, tone, moisturise and serumise your faces, people.

I mean, yes I probably have done this over the past year, but not all in one go. I’m still aiming to sign up to something though. Although yesterday I discovered my walking shoes had been eaten by mice, so I’ll also need to make an investment to this too.

Absolutely 100% have not made any improvements on this since last year. Still hold my phone awkwardly and end up looking like an egg.

The irony of this one is I can’t decide. In some ways, no – I think I’ll always be looking for the next thing and feeling unsettled. But in some ways yes because I’m learning to accept that’s how I am, and sometimes I just have to reign myself in and realise I don’t really need/want all the things I do, and just because someone else is doing something doesn’t mean I need to be. Maybe.

Erm, nope. Even after a night out, my body is like WAKE UP AND SEIZE THE DAY, I DON’T CARE IF YOU’VE HAD THREE HOURS SLEEP AND ARE HUNGOVER. Cheers, body.

I really thought about going to Isle of Wight Festival this year. Then I went on holiday instead – camping, mind you so kind of the same, minus all the famous bands and beer being thrown in your hair.

24. Cook a meal from scratch that doesn’t end in disaster ✔ 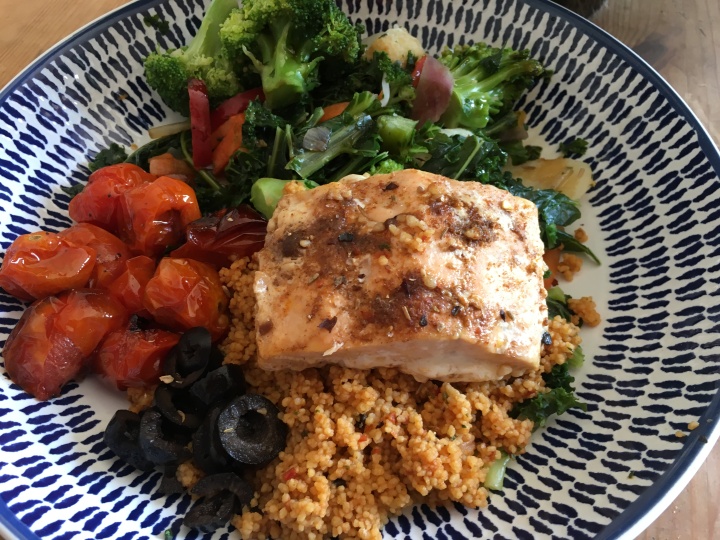 Admittedly, this has only happened a couple of times, and both times I was cooking for myself so there was nobody to tell me it wasn’t a disaster. But I have lived to tell the tale of the cooking, which I think in itself is promising. ALSO through a work thing I’ve had to do a few baking projects with gin and rum and actually they’ve been pretty successful, so perhaps the proof is in the pudding.

I still don’t know A LOT. But this year I have been making a conscious effort to read up on things so I seem slightly less ignorant. That said, my specialist knowledge is still random song lyrics, celebrity relationships and where you can buy the best leopard print items.

It’s probably not capsule by some people’s standards, but it’s a lot better than it was last year. I had a massive clear out and got rid of loads of clothes, organised my wardrobe to identify gaps and then filled those gaps. But then I bought a few more things because I really really love shopping. But the things I bought go with loads of things, I promise…

27. Be totally spontaneous for a day ✘

This wasn’t for lack of trying. A few months ago I got an email from P&O ferries about discounted crossings. At 9pm on the Friday night I decided we’d get the 7am ferry to France on the Saturday. Tried to book it. Turns out you need to book further in advance than that. Spent Saturday sulking. Moral of the story? Spontaneity is probably great if you don’t want to leave the country.

I actually thought I’d got better at this, until I realised it’s now October 21st, almost a month since I turned 30 and I still hadn’t written this post.

Other than learning about the different scale of headache depending on how much I’ve drunk, I can’t say I’ve learned much more about wine. But I do now know a lot more about gin, whisky and a variety of other spirits, so not a complete disaster. And I also found out I like Tequila, so that’s fun.

There’s definitely a lot more to explore, but over the past year I’ve tried to see a bit more of my home county. Mostly it’s been views from the A21 as I sit in traffic on my way to work, but thankfully there’s some nice scenery around those parts…

I think we can all agree from the extensive ramblings above that I haven’t really achieved all the things I set out to. But here are some things I did do:

✔ Presented an awards night in front of 200 people
✔ Got my nose pierced
✔ Learned to paddleboard
✔ Took the leap and left my job
✔ Binge-watched all of Parks and Recreation
✔ Took up yoga
✔ Became a coffee drinker
✔ Finally worked out how to put the garlic presser back together first time without having to ask for help
✔ Did that Dele Alli hand challenge thing…once
✔ Realised that I really, really enjoy lists…